This page contains a compilation of frequently asked questions pertaining to both Dragon Quest X's setup (Installation and Utilities) as well as common questions about the game itself. The FAQ in it's majority was created by ShobuBlaze, and new information will be added to this page as it becomes pertinent.


Information is subject to change as the game and the sites become updated.


What is Dragon Quest X?

Dragon Quest X is the 10th mainline (yes, mainline) game in the Dragon Quest series. As of 2012, it has been released in Japan (and China, for a short time) to various platforms and devices. The obvious difference from the other 10 mainline games as of this writing, however, is that it is a full-fledged MMORPG. However, do not let this dissuade you. This game still is, and feels very much like, a traditional Dragon Quest experience. The MMO elements serve to enhance that experience, rather than to water them down.


How can I play it and what platforms are available?

The currently supported platforms are Wii U, Nintendo Switch, PS4/5, and PC.

The game supports an unlimited free trial, with some restrictions: the main one being that you cannot advance past the end of the first expansion. If you’d like to experience the entire game, you must eventually purchase and subscribe to it.


Can I play in English?

Currently the PC version has an ongoing project of translating the in-game UI/menus and a program that allows for machine translation of dialogue. If you do not have access to the PC version, there are alternative options such as using something like Google Lens on your smartphone to translate on screen text through your phone’s camera. No translation is planned for the non-PC versions and most likely never will be.


So how can I get started?

If you're on PC, this site has an excellent guide under "Getting Started". If you're on other platforms, the Ethene Wiki has a great Free Trial Setup Guide here.


Where can I get the game?

For general download and installation instructions, please make sure to follow the guide we have hosted here on the site. Here's a link to it. If there are any other pressing questions people have frequently about this process those questions will be added here under this heading. Luckily, it seems simple enough ;)


I can't change the installation directory?

If you're just now installing the game for the first time and you find there's no installation directory on the main installer (pictured below): 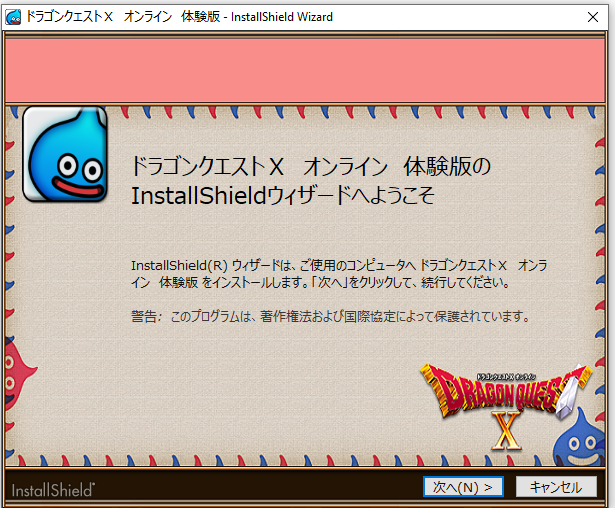 Don't worry, just proceed with the installation until you get to the following installer: 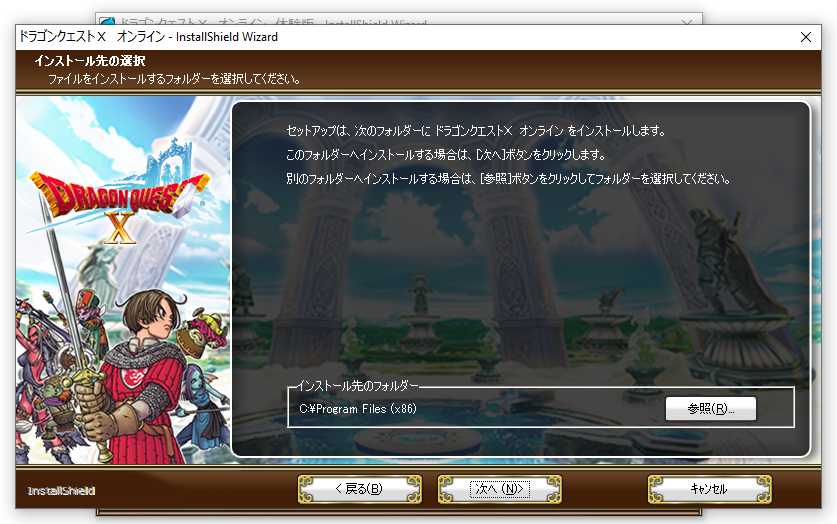 As you can see, the installation directory for the game can be changed here.


I get an error code when launching into the game?

If this is your error code: 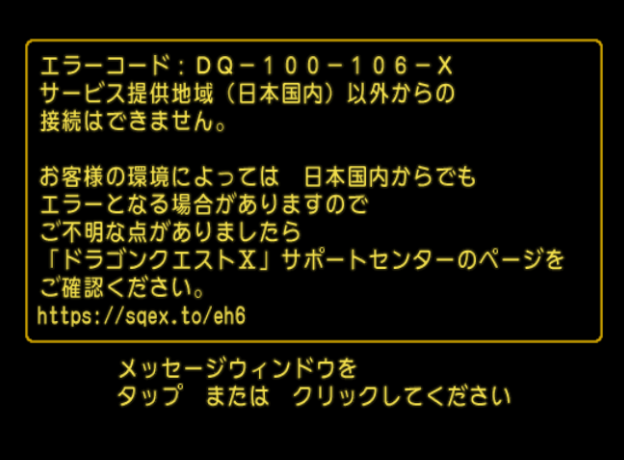 Your IP address isn't located in the United States or Japan. You'll need a VPN.


What race/class should I pick?

At the beginning of character creation, you create a human character to go through a short offline prologue sequence. Once you finish that, you are able to choose a race and a starting class. There are no statistical differences between races, so choose whatever you like best. As for starting class, that is also up to personal preference, as you are able to switch classes very early in the game. After choosing your race and class, you begin the first part of the main story in the online mode.


What should I be doing when I start the online mode?

As a new player, you should mainly focus on clearing the main story and unlocking different facilities. When you open your menu, you’ll see a box underneath that says “Walkthrough/冒険ガイド”. This will direct you to your next objective. However, this will *not* always be a story quest, especially in the beginning. It may be an important facility unlock quest. I suggest following it even if it is not a main story quest. I’ve listed below a few helpful links to help with these quests.


The Walkthrough/冒険のガイド isn’t showing my story quest, can I change it?


This quest is asking me to say something in chat--

If you are a trial player, you cannot use Public/Nearby chat, meaning these quests cannot be completed. Unfortunately you will have to ignore them for now.

If you are a full player, there are several ways to do this. The first method is to install a Japanese IME keyboard . You will also need to download and launch the game via Locale Emulator (download with instructions here). This will assume you know how to type in Japanese with romaji. If this sounds too daunting, you head to your frequently used lines page on the official DQX website. This allows you to edit your frequent phrases (accessed by holding B in game) and can simply paste the phrase you need as a frequent phrase.


My level is capped, how do I uncap it?

Beginning at level 50, you will need to intermittently clear level cap quests to raise your overall level cap. Don’t worry, you only need to do it once, all of your vocations will have their caps increased. A list of level cap quests and their level requirements can be found here.


Why are my stats so low compared to other players? How can I raise my stats?

Leveling more than one vocation has its benefits! Each class has its own distinct vocation tree (for example, Warrior has the “Courage” skill tree) that is always located at the bottom of their skill tree list. Allocating points into these will grant passive stat bonuses that look something like “Natural HP + 10”. These stat bonuses affect all vocations, not just the vocation you learned it on. As a new player, it’s highly recommended to take advantage of Metal Slime Time (described above) to level up additional vocations to around level 30, as this is usually a high enough level to gain enough skill points to learn all of the “Natural Stat” skills for a vocation.


Is there crafting in this game? Can I have all crafting jobs at once?

Unlike FFXIV where you can do every single crafting job on a single character, DQX only allows one crafting job per character. You’re allowed to try each crafting job up to level 10, but once you complete a job’s initiation quest, you will be locked into that craft (with an option to reset to a different one, but it is costly.)

As a trial player, you may only reach level 9 with a craft, so you cannot lock into one.


Where can I find better weapons/gear?

Unfortunately, unlike most other DQ games, you won’t be relying on in-game shops for the newest weapons and armor. Weapons and armor bought from shops only go up to level 35 , so you’ll have to find alternative methods afterwards. You’ll either have to rely on the Traveler’s Bazaar (this game’s version of the Auction House), crafting, or monster drops.

As a trial player, you cannot access the Traveler’s Bazaar and you are very limited on crafting, so you must rely on monster drops.

At lower levels, gear isn’t as necessary as it becomes at higher levels. I would shoot for upgrading gear every 15-20 levels. A good resource to find gear would be here. You can see which monsters drop the gear you’re looking for, if any. If no monster is listed, that means it is craftable only. You can try to find a nice person to buy one off the Bazaar for you and mail it to you, if they’re willing.

Again, accessories don’t matter as much in the early game as they do in the late game. There are a few decent starter accessories you can get from the accessory shop in Verinard and the Mini Medal vendor in Luckland. If you really want to target accessories, you can search them here and see which bosses drop them. After that, it’s just a matter of collecting the necessary boss cards and using them in the Magic Maze.